Governing law (or “choice of law”) and jurisdiction are quite closely linked, and are often dealt with in the same place, but they do cover 2 slightly different things.

Governing law specifies which substantive law (i.e. the laws of which country) will apply to the construction, validity and effect of a contract. If there is no express choice of law in the policy then, broadly speaking, the law of the country with which the contract has its closest relationship should apply. Therefore, the usual position on a contract issued in the United Kingdom (“UK”) is that the laws of England and Wales apply, so it is common to see this in policies for that reason. A policyholder in the UK with a policy written in the UK might assume that UK law would apply, but it should still be stated. Absent such a specific provision on choice of law, and depending where a dispute materialises, there may be different legal systems to consider and the content and effect of these laws may vary greatly. Parties can choose the laws of another country, which the English and Welsh courts are able to apply, but it is unusual to see this and it potentially unnecessarily overcomplicates what ought to be quite a straightforward and consistent position. Expert evidence of a different jurisdiction would be needed to advise what the law is and how it ought to be applied. This being the case, it is rare to see much difference across the financial lines market.

The use of the word ‘jurisdiction’ can sometimes confuse matters, not least because it is frequently referenced in clauses relating to the territorial limits that apply to a policy, but the true meaning of the term is more nuanced. A jurisdiction clause stipulates where any dispute arising in connection with the policy will be heard and the provisions of the clause relate to the competence of a court to resolve that dispute, so the parties to the policy agree in advance which courts will have competence to deal with a dispute and which courts will not have competence to deal with a dispute. If no express choice has been made, the rules can get complicated, so time and expense is avoided by making that choice on jurisdiction up front. A typical provision might therefore read:

Choice of Law and Forum
The construction of the terms, and the validity and effect, of this policy are governed by English law. Any dispute or difference arising under or in respect of this policy shall be subject to and determined within the exclusive jurisdiction of the courts of England and Wales.

In the context of UK management liability, it is rare to see many departures from the standard approach, so much of this may be academic. However, if activity takes place in an international setting, that express choice becomes more necessary and important to avoid any confusion or room for dispute. 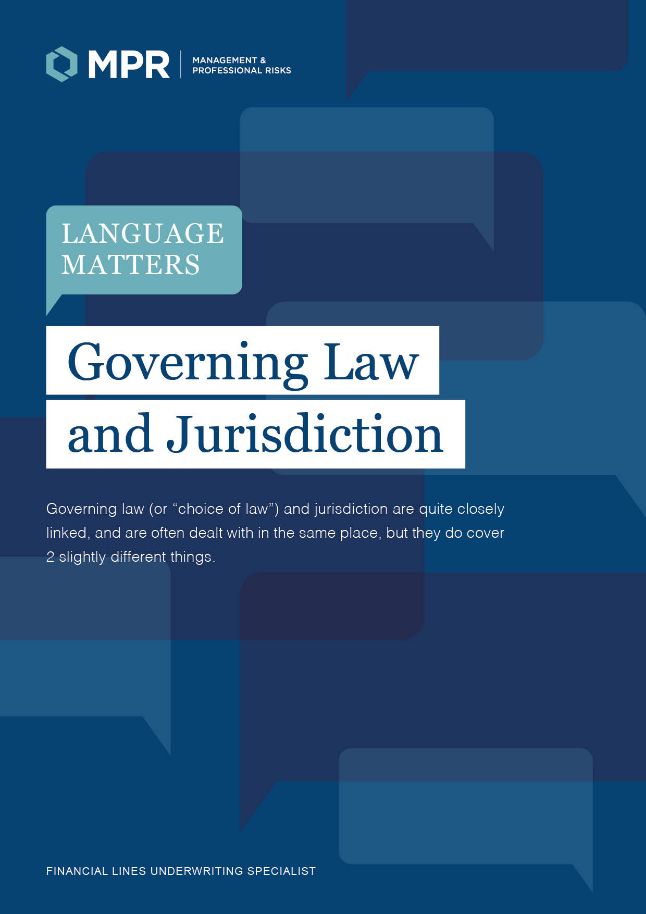 If the crime policy didn’t run off, where did it go?

The case for run off on a D&O policy is well established. However, an internet search for ‘crime insurance run off’ will deliver slim pickings.

D&O prices are on the rise, following a decade of soft market conditions. As well as price increases, it’s important to look out for other features and potential changes at renewal.

This ‘rationalisation’ is part of a standard methodology developed by fraud investigators. It is also one aspect of the most widely accepted model for explaining why employees steal from their employers, namely the ‘fraud triangle’.