MPR offers a financial lines package policy to protect the assets of third sector organisations against the risks associated with their operational environment.

Life can be as complicated for third sector organisations and their managers and trustees as it is for commercial companies and their directors. Third sector organisations are also subject to the complexities of their own particular law and regulation, including the close scrutiny of The Charity Commission and other regulators. The Management Risks Insurance package policy is an integrated solution for charities and non-profit organisations and provides five important sections of cover, each with its own limit, delivering an easy to place management liability product.

Your clients can choose the limits they need for each area of exposure as each section has a separate limit.

There will always be well managed organisations in areas with higher hazard characteristics, so much will depend on the risk management framework, but historically some of the more challenging themes have included:

Comprehensive and constantly improving cover
Management liability policy sophistication has developed significantly in recent years and has strengthened the position of the buyer in the event of a claim or investigation. The result is policy language which is clear and which evolves to accommodate the changing landscape and exposures faced by organisations and their managers and trustees.

Important cover for the organisation itself
Where incorporation exists, cover can be provided for the separate legal entity. The law still lacks clarity on the question of whether unincorporated associations can be sued and the current law does not recognise the existence of such organisations as separate legal entities. This absence of legal personality has given rise to a variety of problems, highlighted in case law over many years, only some of which have been pragmatically or creatively resolved. However, it is common for legislation of a regulatory or compliance nature to provide expressly for its application to unincorporated associations, so a “body” may be defined as including an unincorporated association (without addressing the wider point of the lack of legal personality).

Irrespective of incorporation, or interpretation of incorporation, this can be a valuable cover to have. It is important to understand that the cover provided for the organisation by the insurance market is not as comprehensive as that provided to the managers and trustees by that section of the policy. Nonetheless, the cover provided by this section can provide protection in many areas and defence costs for a number of scenarios and for some, but not all, regulatory actions.

Cover for ‘cyber liabilities’
This is not a Cyber insurance policy, much of the benefit of which lies in the breach response services that those policies provide. However, it will deal with many of the ‘cyber’ liabilities that the internet and e-commerce have opened up, some of which include:

Previous policy cover option
Changing management liability insurer is a lot easier than it used to be. Whilst there has never been any obvious impediment to switching to a stronger product offering, bewildering use of jargon and statements of product capability can nonetheless create some room for doubt. Allowing an optional ‘look back’ provision in a policy permits a previous policy to be used to interpret a claim made on a superseding form. It is a far from perfect science, but it can provide some comfort where it is required.

Many of the new laws make no distinction between incorporated and unincorporated organisations. Fees for Intervention and Deferred Prosecution Agreements are recent examples of this. Also, in the wake of several high profile scandals around fundraising controls, ineffective governance and financial failure, the need to restore confidence in the sector became more urgent. The Charities (Protection and Social Investment) Act 2016 handed more powers to issue warnings to charities and to suspend and disqualify trustees. More regulation means more allegations and investigations, which means insurance can play a vital role for charities and non-profit organisations.

Employment practices claims (single claims, rather than multiple claims primarily for equal pay and holiday pay) have declined by 79% since the since the introduction of fees in 2013, and those for unfair dismissal almost halved.

Whilst the impact of the change on fees was welcomed by employers, The Supreme Court decision in July 2017 on the abolition of the Employment Appeal Tribunal Fees Order 2013, will inevitably lead to an increase in activity at employment tribunals and a decline in the effectiveness of Early Conciliation.

Academic studies suggest those working in the third sector are significantly happier than their counterparts in the private sector, due largely to an increased enjoyment of day-to-day activities, and a feeling of usefulness. Nonetheless, employment disputes are common and organisations in this sector do have HR and engagement issues, just like any other organisation. Some are particular to the environment, including the so called ‘love-love-sack’ relationship. This is where staff unite in the common cause, bad feedback is avoided, and when things go wrong, they can go horribly wrong. Perception is another challenge. Some staff may join third sector organisations because they see it as a soft option, or a wind down after a stressful career in the private sector, often not realising the demands may actually be greater.

A long serving employee of a society responsible for the management of a water park was discovered to have been embezzling funds over an extended period of time. The fraud was only discovered after a loan had failed to be repaid, by which time over £660,000 had been taken.

The likelihood of fraud is highest among the largest third sector organisations, with 20% having experienced fraud, but the overall figure stands at 7%. Social engineering fraudsters do not make any distinctions between the kind of organisations they target, and those in the third sector are as exposed as any other.

The impact of fraud is keenly felt in a sector where even small amounts count. For organisations that suffer fraud, reputational damage and an inability to fund specific projects are some of the consequences.

Membership disputes and reputational matters feature heavily in the landscape of claims for clubs and associations. Cases are in evidence for brass bands, bridge clubs, residents’ associations, theatre groups, lodges and model boat clubs. Often the resolution sought is not financial, it is more about restoring reputation or correcting what some may see as unfair or inappropriate management or behaviour. In this particular case, of total loss costs of £95,000, £91,500 were defence costs.

It is easy to believe that, because the third sector exists for ostensibly charitable or non-profitable objectives, that those in charge might be immune from challenge. However, this is not the case and they need to protect their assets in the same way commercial organisations elect to do so. Whether any perceived merit exists to a claim, defending it is usually unavoidable. 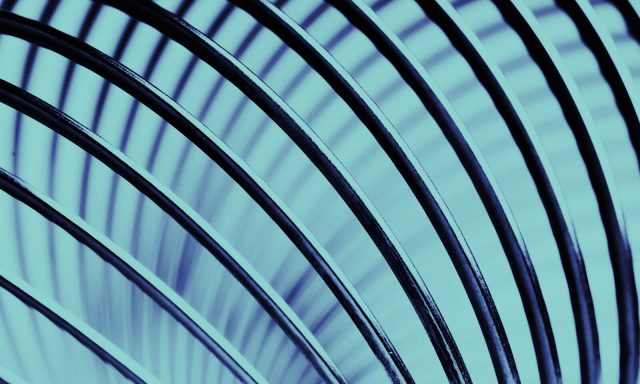